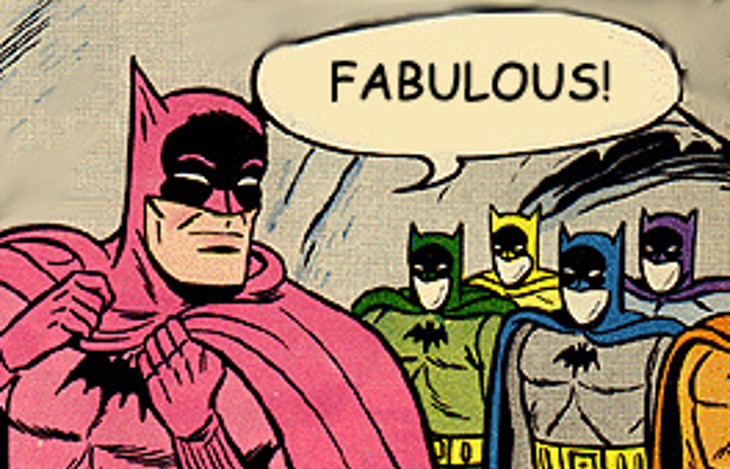 After the Archivegate fiasco, Janez Janša and his SDS took a noticeable (and predictable) dip in the polls. It was just too obvious for anyone but the most hardened SDS supporters to believe that the whole thing was just an honest mistake. But the effect will probably not last beyond a couple of months, although it is highly likely that this will become the proverbial gift that keeps on giving, at least whenever Janša will question the credibility of his political opponents.

Ghosts Of Independence Past

However, the leader of the largest opposition party remains on the defensive. It just so happened that parallel with the Archivegate claims of Janša’s involvement of illegal arms sales resurfaced (yet again) with people who claim (or are claimed) to have been in on it saying that Janša took cuts (or at least knew of cuts being taken) from arms sales to Croatia and Bosnia-Herzegovina. Now, this is highly complex subject and features Janša, his fellow political travellers and a number of other former high ranking Slovenian politicians, including former presidents Milan Kučan and late Janez Drnovšek.

At some point pengovsky will probably (have to) write a blog-post on the issue, but I admit this is a daunting task, as books have been written about it and still it remains unresolved. The thing is that twenty years after independence, wherever there’s a shady arms deal, Janša is not far away. He is definitely not the only one, but he is one of the few names that pop up every single time. And right now the question-de-jour is whether or not he had a part in what seems to be a 10 million euro difference in cash between what buyers from Croatia and Bosnia paid to Slovenia and the amount that was officially registered by defence ministry while Janša headed the department.

It should be noted that throughout the last two decades, give or take a year, Janša denied taking any illegal activities and that he was never convicted of anything (whether or not he was charged with anything escapes me at the moment). It should also be noted that of the four parliamentary inquests, none filed a final report, thus only adding to the confusion with partial information being leaked and interpreted in a zillion different ways. But one thing seems certain. Twenty years on, Janša is looking increasingly lonely in professing his innocence. People are starting to point their fingers and they point them dangerously close to Janša.

Meanwhile in the Batcave…

On the other hand the dark magic that is being called “handling the crisis” and which is being practised by the government of Borut Pahor seems to be making at least partial headway. Nothing dramatic yet, but those same polls which noted a dip for Janša, saw a slight bounce in the government’s ratings.

Somewhat more surprisingly, however, the reform legislation – at this point the pension reform and the law on menial work – seems to have a fighting chance in the upcoming referendums. In fact, according to polls by yesterday’s Delo newspaper, a majority of voters support the law on menial work (reforming the area of student labour), while those opposing the pension reform have only a couple of percentage points’ lead over those who support it. And that’s before campaigning started for real.

Much work remains to be done before PM Pahor and his coalition can claim another crucial referendum victory, and some would argue these are not really reforms but more of a patch-me-ups, plugging only the biggest leaks and not really kick-starting the economy. In all honesty pengovsky wouldn’t mind seeing a bit more substantial pension reform, but until we get a working model of basic income, every reform will be limited to plugging leaks. Not to mention the fact that the ruling coalition again suffered a minor hear attack due to controversial (and harmful) plan to build bloc 6 of Šoštanj coal power-plant, where the costs have apparently risen for additional 300 million euro, at the moment totalling at 1.5 billion euros.

Combination of perceived political and economic gridlock on one hand and the inherent inability of a capitalist social order to correct errors caused by its own design flaws together with reaping all the “benefits” of wealth distribution which comes as a result of a transition from a socialist to a capitalist society, is a bitch. But one is still amazed at how the above leads highly intelligent and academically accomplished individuals into having the most wonderfully absurd ideas.

The latest one, launched by Žiga Turk, formerly minister of development in Janša’s government, currently a Ljubljana city councilman and a fellow twitterer, who floated the idea of a “reset”. Days ago his thinking was beefed up by two other former ministers, Matej Lahovnik who served as minister of economy in governments of Tone Rop and Borut Pahor and Marko Pavliha who served as minister of transport in Rop’s government, former head of the Government Institute for Marco-economic Analysis and Development Janez Šušteršič and Rado Pezdir, the bad boy of Slovene economics (and I mean that in the kindest possible way).

Together they expanded on the idea of “resetting Slovenia”, basically saying the whole country and most if not all of its subsystems are FUBAR and that we’re better off starting all over again. Only this time we’ll do it right.

Now, I’m oversimplifying things, to be sure. Their text is substantial and it has been already taken apart by Drugi Dom and the good doctor (all links in Slovenian). But on the issue of fixing problems of capitalism with more capitalism pengovsky said all he had to say some time ago. But as things stand now, this is a valid issue in a public debate.

At any rate, the entire quagmire that is Slovenian political landscape just got a bit more murky and opaque in the past week. Fun times! 😀