The deadline to nominate a candidate for Prime Minister has passed at 0000 hrs this morning. President Danilo Türk had until then to pick a candidate and submit his or her name to the Parliament for a confidence vote but did not do so. Equally, parliamentary groups (or ten individual MPs) did not put forward a candidate of their own, which means that the ball has dropped and early elections will be called today. 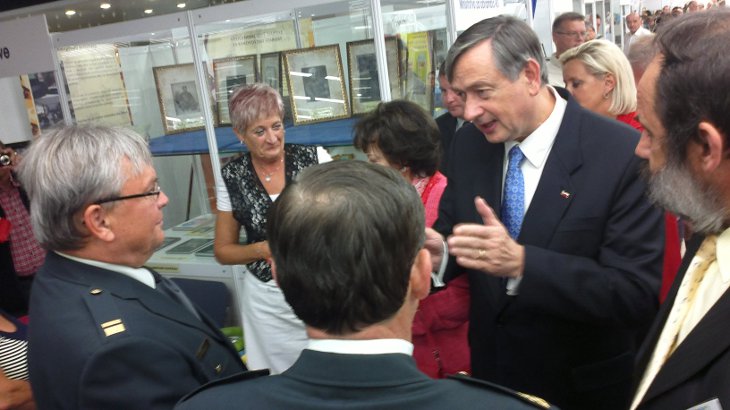 Truth be told, a candidate who would try to form an interim government until autumn next yeas was mulled, but these were only half-hearted attempts. First, Andrej Magajna (independent, formerly of SD) floated the idea of a grand coalition between the still ruling SD of Borut Pahor and SDS of Janez Janša, with Julijana Bizjak Mlakar, MP for SD and Prime Minister. The idea was rejected flat-out by both parties as well as Bizjak Mlakar herself. Magajna’s move was widely perceived as an attempt to extend this parliament’s term and – by extension – his own income (5k per month plus benefits ain’t peanuts). Hence, Magajna was slightly more cautions when professor of political sciences and author Gojko Stanič announced that he’s preprared to form a government given enough political backing. But since Stanič recently published a book on how to solve the economic and social crisis Slovenia is experiencing, the good doctor was probably spot-on when she tweeted that Stanič’s move was more for publicity than anything else.

But all of the above were just sideshows. The main act was with the President who consulted all parliamentary parties on Monday on how to proceed. Well, not exactly “all”. As per their custom as of late, Janez Janša’s SDS skipped their appointment, saying they hold The Prez partly responsible for the mess Slovenia is and basically said they’ve nothing to say to each other, especially since The Prez said in an interview that politics of Janez Janša should be rejected.

What SDS conveniently forgets to add is that President Türk said this in an interview for Mladina weekly, amid a scandal where SDS tried to implicate him in the 1979 Velikovec bombing in Austria and then even creatively copied archive documents to “prove” their claims. The scam was uncovered and all hell broke loose, but nowadays the issue is barely mentioned. But hey – the party that is poised to win elections doesn’t give a shit about the Office of the President (or any other elected office), unless of course, a cooperative person is in charge there. Cases in point being every President to date. This of course will not prevent Janez Janša to happily accept the nomination for PM when he presumably win the elections the Prez is about to call.

The announcement is scheduled for 1400 hrs local time but hints were already given on Twitter by former president of the parliament Pavle Gantar of Zares that elections will be held around 19 November. Given that 19th is Saturday, this was probably just an educated guess, after all, Gantar has had some experience calling elections himself -local elections in his case. But the constitution stipulates that elections must be held no later than two months after the parliament is officially dissolved (although it technically remains in power until the first session of the new parliament). Thus the window for election opens on Sunday, 30 October (a month long election campaign is expected) and closes on Sunday, 27 November. Thus it seems plausible that President Türk will go down the middle and pick either November 13th or 20th as election dates.

We’ll know in a couple of hours, 🙂

EDIT @ 14.30: President called election on 4 December 2011, while dismissal of the parliament is effective on 21 October 2011. This way the shortest possible deadlines were given while the parliament was given the chance to wrap up any outstanding issues.