Q: How much must a Slovene drink to score .25 on a breathalyzer test? A: Nothing for at least three days. 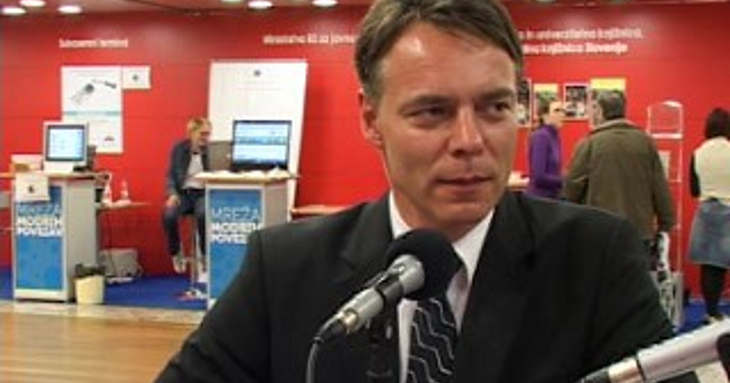 Ex-minister Gjerkeš during an interview for The Firm™ (source)

Minister for local self-government and regional policy Henrik Gjerkeš resigned yesterday after being taken into custody by the police for driving under the influence at 4 AM on Tuesday whilst returning home from ministry’s end-of-the-year party. Apparently he scored .63 on breathalyzer test, which is not at all surprising if one takes into account the fact that the party apparently started at 2 PM on Monday. While it is not known whether Gjerkeš was there for the entire fourteen hours, one can imagine that he did put some back into it. Especially given the fact that he was pulled over for driving on a motorway with a flat tyre. Oh, and he was driving a government Audi

Obviously, Gjerkeš had no choice but to resign immediately, putting additional strain on an already embattled government of Borut Pahor. That quick resignation minimised the media and political fallout is a no-brainer, but it has started a chain of events which will further drain energy and resources of the government in general and the prime minister in particular.

Techincally, Gjerkeš was appointed by the parliament and it is the parliament who will a) have to note his resignation and b) appoint his successor. This will apparently be Duša Trobec Bučan who until now served as state secretary in Gjerkeš’s ministry and was his right-hand woman. The mechanics of the transfer are relatively straightforward, doubly so given the fact this is in fact a ministerial position without portfolio and that the Ministry for local self-government is in fact a government office, elevated to ministry status on a per-government basis.

However, the new would-be minister will first have to attend a parliamentary hearing in front of appropriate committees and then she and PM Pahor will have to go though a special session of the parliament where you can be sure no punches will be pulled. Doubly so because this ministry is in charge of acquiring EU cohesion funds and the sight of €€€ being pumped into his/her constituency makes many an MP go rabid. Doubly so if they also serve as mayors in their respective municipalities.

Gjerkeš’s resignation might seem normal and the only decent thing to do – and it is – but the sad truth is that it does set new standards in Slovenian politics, since there are well documented cases of MPs driving under the influence and even causing accidents and yet they not only got away with it, they even got re-elected. Pengovsky knows of one other case years when a minister caused a traffic accident (no one was hurt) and not only did he get away with it, he even managed to put a lid on it and the media didn’t report it. He later bragged about it to pengovsky during (the irony) one of many end-of-the-year receptions.

Bottom line: this was a totally stupid mistake to make on Gjerkeš’s part. Especially since he turned out to be quite capable, regardless of his virtual anonymity before becoming minister. As it is, he is now only a statistic – the sixth minister PM Pahor will have to replace, the second in this particular office.