Early yesterday Igor Maher resigned as minister of infrastructure and spatial planning. In what was a widely expected move, he claimed to have done nothing wrong, but conceded that claims of his illegal country house near the Slovene coast would hamper him in executing his tasks. Cue pats on the backs and a round of atta-boy’s, as if he just landed a 787 with a faulty battery and a wing missing. The truth, however, is that Igor Maher fucked up royally and should have been unceremoniously sacked on the spot. 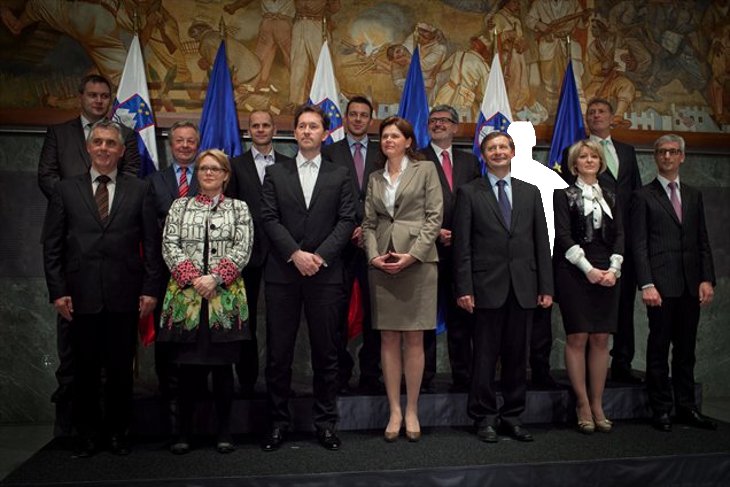 If not sooner, he should have gotten the boot after his press conference on Friday where he was suppose to come clean but only dug a deeper hole for himself and unnecessarily put PM Alenka  Bratušek on the spot, first saying to the press he didn’do anything wrong when Google Earth images plainly showed otherwise. So what apparently went down over the weekend was a massive face-saving operation conducted mostly on behalf of Maher and his party chief Gregor Virant, who once again proved he skipped school when “vetting process” was taught. Calling Maher’s (probably forced) resignation “an honourable act” is an insult to all the honourable men and women out there.

But the Maher Affair is just the tip of the iceberg of illegal constructions in Slovenia and the media just got a taste of the blood. It seems that the next in line is Vitoslav (Vito) Türk, the somewhat estranged brother of former president Danilo Türk and the man who was tipped by the former government of Janez Janša to head HSE, the Slovenian energy-producing holding. Namely, according to TV reports, Türk has a lovely bit of real estate near the coast which – shouldn’t be there. However, the fact that Vito Türk was to take over at HSE and that Maher’s (former) portfolio included energy gives (at least some) credibility to theories that what we’re seeing here is a massive struggle to control the energy sector.

But even if that is to, the spark which lit this particular fire was an act passed by Maher’s predecessor Zvonko Černač which made it possible to legalise every small huts-turned-country-houses that.what little tools we have. Lanscape architects all over the country are going bananas over this act and are looking for ways to kill it. With moderate success, might it add.

So. Bratušek government is a minister short. Perhaps some comfort can be found in the fact that Maher is now officially the shortest-mandated minister in the history of this country. But we’ll deal that some other time.