Virtually all over the map (both geographically and otherwise) political forces that be have a huge credibility problem. That in itself is hardly news. In Britain Tories and Labour alike are tripping over each other, trying to run away from Rupert Murdoch with whom they were schmoozing beyond any good taste only months earlier. In the US, Democrats and Republicans were playing chicken over country’s finances and en passant produced a needless crisis. In France, bombing the shit out of Ghadaffi was equally complemented by a would-be presidential challenger who has a problem keeping his fly closed and in Germany going after multi-kulti was the obvious answer to a lack-lustre economic recovery. 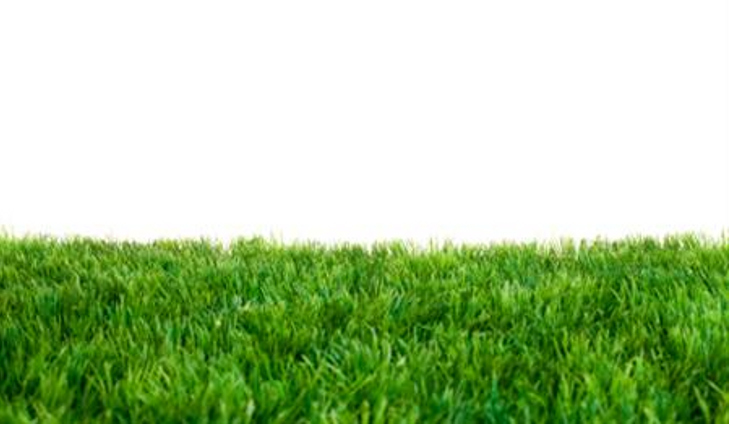 The list, of course, goes on and on. Hungary went from a government of fucking liars to semi-autocratic, press-muzzling and dangerously nationalistic rule. Italy and Belgium, we won’t even mention, while Slovenia went from deliberatly harmful to depressingly incompetent. This was all exasperated by the fact that the electorate, having succumbed (or adopted, whicever you prefer) to consumeristic dictum in all walks of life including politics, demanded ever quicker solutions for ever bigger problems without giving up much of the ever more comfortable life in return. In short, clusterfuck.

Slovenia, as always, is a bit of a special case. Civil society saw its heyday in the late 1980s, when existing mono-party channels becoming painfully insufficient to run (if not rule) the society. Things were happening which the ruling Communist Party – which appropriated for itself the role of the societal avant-garde – was unable to comprehend, let alone control. But since the Party in Slovenia on the whole opted for reform instead of oppression (although it wasn’t as clear-cut as the sentence might suggest), Slovenia of the time was replete civic organisations of virtually every flavour. You name it, Slovenia probably had it, chief among them being the Committee for Protection of Human Rights, which for all intents and purposes can be described as a text-book case of a grass-roots organisation. In terms of civil society, late 80s in Slovenia were as good as it gets.

With the advent of the nation-state, most of these initiatives either transformed into proper political parties or disbanded, their raison d’etre spent. But individuals from either of the two types were popping up in the political arena faster than you could say ‘multi-party elections’ and starting in 1990 it seemed that the civil society in Slovenia was non-existent in the traditional sense becuase it was in fact in power.

Fast forward fifteen years (give or take a few) and the situation was beginning to take shape it has today. Political parties, although still the only legitimate player in the political arena are fast losing the initiative in virtually every aspect and are for some time now looking to various supposedly non-political players for ideas and support. This, of course is nothing special. Think-tanks, lobby groups and NGOs do have a place in a democratic society and rightly so. In this respect, Slovenia is only coming up to speed with the rest of the developed world.

However. In addition to the above, political parties instead of trying to harness the flow of ideas that was at last being generated by re-emergence of the civil society started hi-jacking it. And in this the political right in Slovenia has built up an impressive lead. While a couple of think-tanks have emerged both on the left (most notably the Liberal Academy, widely connected to LDS and lately Forum 21, created by former President Milan Kučan) and the right (such as Jože Pučnik Institute) the right mostly went about artificially creating “popular” movements, either to gain legitimacy or to have them say and do things that were unbecoming to a mainstream political party. In short, we’re talking about astroturf initiatives (hat-tip to Cornelius for this one)

One of the earlies examples of political astroturf was (and still is) Aleš Primc, former member of Slovene People’s Party (SLS) who took to baricades when the law on in-vitro fertilisation was debated and which proposed that single women without a pre-existing medical condition were eligible for IVF. Until then IVF was the last resort for couples which failed to conceive children any other way. The political right saw this as an attack on everything that was holy, natural and traditional and Primc’s initiative was used to go below and beyond the level of what was considered an acceptable debate at that time (way back in 2001).

The same, but worse

Careful observers did not miss the fact that those same issues (holy, natural and traditional) were raised again recently as the Family code was debated and passed and is now awaiting the fate of a referendum bid initiated by – you guessed it – Aleš Primc. The only difference between today and ten years ago is that the right wing parties of today are using Primc’s rhetoric of a decade ago, while Primc is saying everything they think but can’t say today.

Much more civilised but no less artificial are various initiatives of “concerned citizens” who recently took it upon themselves to cut short the life of the incumbent government of Borut Pahor. The self-styled “resetters”, a group of more or less high profile individuals including Gregor Virant, Žiga Turk, Janez Šušteršič, Marko Pavliha, Matej Lahovnik and Rado Pezdir first called for “a reset of Slovenia”, later upgraded that with a web petition to call early elections and got around 19k signatures to date. All fine and dandy even you don’t agree with them, but with one caveat: four of those individuals are former ministers. Turk and Virant served during Janša’s government, Pavliha and Lahovnik served under PM Tone Rop, with Lahovnik returning for another stint under Pahor, but both of them becoming bitter opponents of the current government (Pavliha over Arbitration Agreement, Lahovnik over TEš6 power plant). Janez Šušteršič and Rado Pezdir, however, were connected to Slovenian Macroeconomic Forum (a proper think-tank) which provided Janez Janša with a ready-made neoliberal economic platform prior to his 2004 electoral victory. To sum it up – nothing remotely grass-roots here, only people with their own political agendas.

Ditto for the Group of Active Citizens, headed by Matej Makarovič who last month brought together Tone Jerovšek, Borut Rončević, Lovro Šturm, Matevž Tomšič and Andrej Umek and pointed out the need to return to the roots (sic!) of “Slovene Spring” of 1988-1990. Of six individuals three served as ministers (Šturm, Jerovšek and Umek) while the other three are professors at some of the newly formed Slovene faculties which came into being with in the last decade. But a special mention goes to the leader of this outfit, Matej Makarovič (whom pengovsky fondly remembers as assistant lecturer during his days at the social sciencies faculty) whose forays into the political include being president of the SDS youth organisation and later being named honorary president of the same. Again, rather than true grass-roots, this congregation is pure astroturf.

And last but certainly not least we come to the the Assembly for the Republic, currently headed by (surprise, surprise) Gregor Virant. This assembly was created before the 2004 elections to drum up additional support for Janez Janša. While it never presented itself as a genuine grass-roots organisation it did not fulfil its initial promise to watch over the government regardless of the outcome of the elections. As Janša ultimately won the 2004, the Assembly for the Republic almost died off, briefly re-appearing in 2006 to support France Arhar in his unsucessful bid for Ljubljana mayor (Zoran Janković won with a landslide) and then went dormant until 2008 elections where it acted in Janša’s favour much more directly but to little avail. The left wing won the elections and Borut Pahor was appointed Prime Minister, while the Assembly for the Republic went dormant yet again, only to re-surface recently as early elections were mulled.

Astroturfing in Slovenia of course does not end there but goes on and on and on. And it will continue to do so since political parties (mostly right wing) have long taken their fight outside the parliament and onto other venues, civil society being one of them. To an extent this is to be expected in a country as small as Slovenia, but what they fail to see is that they are in fact laying waste to the society as a whole. And at the end of the day, when they find out their ratings don’t match their expectations, their only reaction is to serve us with more astroturf.