Just a quick update on the Pahor-Kosor agreement. After Slovenian PM Pahor took some serious flak for making the deal (words like “high treason”, “complete failure” and “utter defeat” were used”), the very same thing is happening in Croatia, where words like “deception”, “lies” and “betrayal of vital national interests” were used. 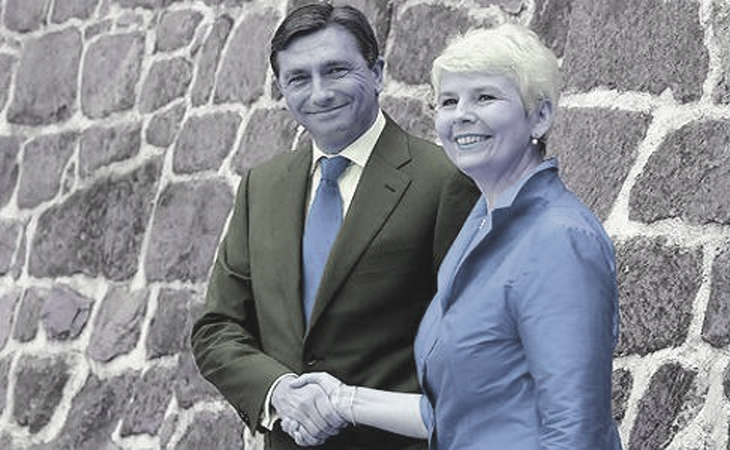 Symptomatically, both PMs are being vocally criticised by their respective opposition. In Slovenia, the People’s party (SLS) and the nationalists (SNS) are saying that the deal did not go far enough and that it basically concedes territory, while in Croatia, which finds itself in the early stages of a very hot presidential race, the highest ranking political casualty to date is Davorin Rudolf, who resigned as chief negotiator on the border issue. He stated that the second proposal by EU Commissioner Olli Rhen (the one which is stipulated in the agreement as the starting point for continuation of negotiations) is extremely bad for Croatia and that he will have nothing to do with it. Curiously enough, he resigned yesterday, was then reportedly persuaded by PM Kosor to become her personal advisor on the matter, but today he publicly stated that he will not accept any position vis-a-vis the issue. On the Croatian political front the Social democrats (SDP) and Democratic Union of Istria (IDS) say that the deal went too far and that it basically – concedes territory. Sounds awfully similar to what is being said in Slovenia. Go figure.

On that note, let it be known that although it criticised PM Pahor heavily, Janez Janša’s SDS abstained from the vote on lifting the blockade of Croatian EU negotiations. I guess that they are a bit unsure about how to play this thing. They know that Pahor went out on a limb, but voting against and then being proved wrong would be highly embarrassing, besides, they can’t afford to be made look uncooperative after they nearly derailed Croatian NATO entry by defending their creative accounting techniques earlier this year.

Pengovsky doesn’t know much about how things stand in the ruling coalition in Croatia, but he has it on good authority that the ruling coalition in Slovenia only grudgingly OK’d the broad outlines of the deal. There seems to be precious little enthusiasm for the agreement on either side of the border. Afterall, even pengovsky was unsure about what to make of it.

But the way I see it, if both of them are being called names for making the deal, then they must be doing something right.

One thought on “Ice Cold Reception For Pahor-Kosor Deal”