In a surprise move Croatian PM Ivo Sanader resigned yesterday, both as PM as well as president of the ruling HDZ (Croatian Democratic Union). News of his resignation started building up yesterday late in the morning and by noon it was certain that he is going to quit. He officially announced his resignation at 1400hrs, saying that he had played his part and that it was time someone else took over. There was a lot of speculation about Sanader running for Croatian president, but he denied the rumours, saying outright that he will not run for any office whatsoever. He will be, however, named honorary president of HDZ after its charter will be amended to that effect. 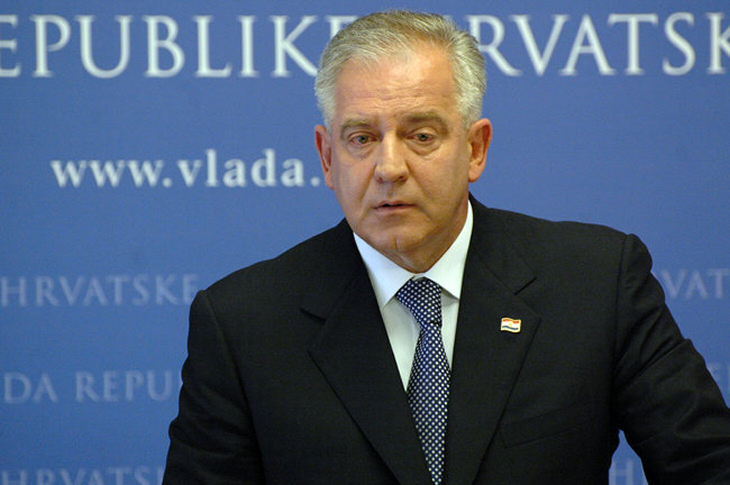 Despite everything he said, he did not actually explain why he is leaving politics, save that his “job is done. My political life ends now“. This naturally sparked furious guessing as to what exactly prompted him to resign (it seems that no one believes his claim that it took him a while to get there). Speculation spanned from corruption scandals which lately hit too close to Sanader for comfort, Croatian cooperation (or the lack of it) with the Hague Tribunal, dire economic situation in the country, or the stalemate in EU accession negotiations, which was prompted by Slovenia blocking the process due to border dispute. The last one seems plausible, as Sanader himself said that “he cannot deny that it played a part”.

However, there are other slightly more subtle signs pointing to what probably happened. A massive reshuffle took place at the senior level of HDZ, with a lot of new party vice-presidents being named. Furthermore, he proposed that minister for European integration and his second in command Jadranka Kosor take over both the government and the party. This seems to suggest that the initial drive for his resignation came from within the party rather than directly from outside influences.

It sounds reasonable to think that all of the above reasons played a role, but it seems that the breakdown of EU negotiations was the straw that broke the camel’s back. Namely – with the prospect of Croatian EU membership gone, all other problems suddenly seem much more bleak. It wasn’t that their economy wasn’t down the toilet for some time, but the almost-clinched membership in the Union created a hope (albeit probably a false one) that they will somehow be able to deal with it. The same of course goes for cooperation with the Hague as well as the border dispute with Slovenia – neither would have mattered a pair of fetid dingo’s kindeys if Croatia were an EU member.

But as things stand now, Croatia is faced with a south-bound economy and extremely poor projections for this year’s summer season, rampant corruption which can reach very high in the political and economic strata, an angry war-crimes tribunal and the prospect of joining Iceland and Hungary in the “broke countries club”. Which makes a lot of people wonder if Sanader didn’t just bail out and skedaddled, leaving to others to clean up his mess. This is also very plausible, but experience teaches that power is not easily relinquished. Doubly so in the Balkans. In other words, most politicians have to be carried out of their offices. Ivo Sanader is no exception. His troubles began some time ago, but he managed to control them, first by fast-tracking his country towards EU, and then by taking a hard line against Slovenia in the border dispute. But as Ljubljana obstinately refused to cave in, Sanader’s house of cards began falling appart and the situation in Croatia was suddently revealed for what it really is.

Thus, pengovsky thinks that Sanader just ran out of options and was forced to resign by his own people. The fact that will be made honorary chairman of the party only reinforces the feeling, as such “honours” are usually bestowed upon those whom you want to keep under control, without them doing any serious damage. But removing Sanader of course does not mean that things will improve by themselves. If anything, Croatian EU bid is now definitely stalled and barring a major breakthrough (such as Croatia ratifying the 2001 Drnovšek-Račan treaty on border) this train is not going anywhere anytime soon. They may even have to wait for Serbia.