Delo, the largest Slovenian daily newspaper marked its fiftieth anniversary yesterday. The paper took quite a beating in the last few years as it became an object of a bitter political struggle for media control. Several rapid changes at the company’s helm had an unmistakable impact on its content as well and – although entirely undeserved – the image below, taken in my apartment building is not flattering. 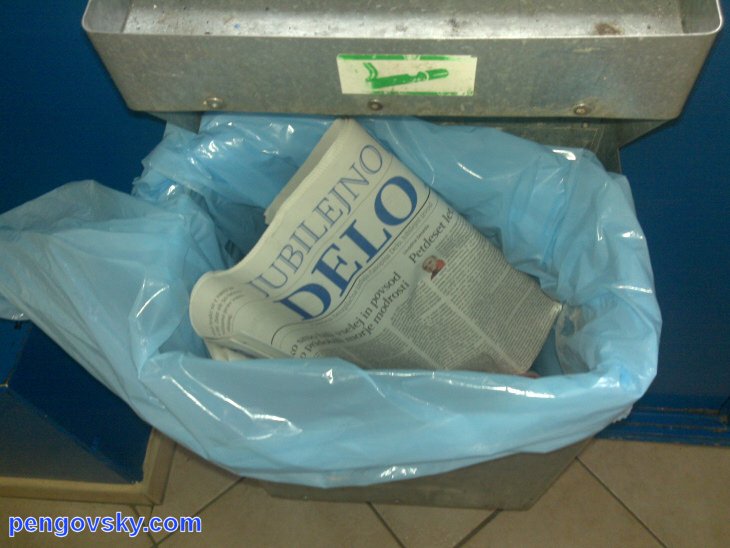