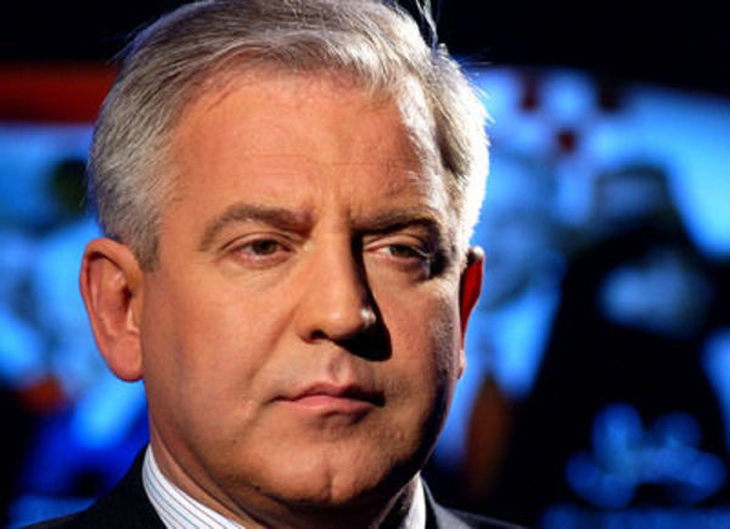 The ratification process is over for us, after Greece ratified the Croatian NATO accession protocol on Tuesday night (..) NATO cannot wait to see if anyone in Slovenia would ask for a referendum and I expect the Slovene president will sign the ratification document.

The above statement shows that Croatian PM is still painfully unaware of the fact that the only road to NATO leads through Slovenia. Croatia will not become a NATO member unless Slovenia completes the ratification procedure which – as of yesterday – looks set to include a referendum on the issue.

These are facts which cannot be avoided and Croatian PM would do a great service to his country if he would shut the fuck up and stop provoking idiots on both sides of the border. One of the (admittedly) more petty reasons for Slovene Nazi-wannabes to cook up this referendum shit is the continuous (and I mean non-stop) behaviour of consecutive Croatian governments as if Slovenia didn’t exist. I agree that grown-ups in Ljubljana should be able to brush off childish comments by Croatian PM, but by making them he is only proving the point proponents of referendum are trying to make and is making life all the more difficult for his Slovenian counterpart Borut Pahor, whose ruling coalition is bending over backwards to build some sort of fragile consensus which would make SSN (Party of Slovene nation, the Nazi-wannabes) withdraw the referendum proposition.

Instead of lecturing Slovenians that they are too unimportant to bother Croatia, PM Sanader would do well to restrain himself to phrases of him having “complete confidence in the ability of Slovenian voters to discern between questions of international security and bilateral issues between the two countries” or something like that.

Not that there is any guarantee that Slovenian voters will be able to discern between the two. Yesterday Slovene parliament adopted a declaration saying that Slovenia controlled all disputed border areas and that any Croatian legislation to the contrary is null and void.

Despite the seemingly hawkish text of the resolution, this has only limited value, since a) Croatian legislation is invalid in Slovenia anyway (we have our own legislation) and b) once the border is settled, there will be no disputed areas where a conflict of legislations could occur. This did not go unnoticed in Zagreb, where the foreign ministry was quick to say that the resolution has no international ramifications. Which was precisely the point. Strong wording of the resolution, however, did not yield the desired result. Marjan Podobnik did back down, saying that he was satisfied with what was achieved, but that left the SSN and its president Zdenko V. Vincenc, the formal petitioner for the referendum, who is making additional demands, saying that Slovenia should demand Croatia dismantles one of the disputed border crossings.

As I write this, PM Borut Pahor is making an 11th hour attempt at persuading Vincenc to back down. Personally, I think he has very little chance of success, but who knows, maybe Vincenc will get it into his thick nationalistic head of his that he is hurting rather than helping Slovenia with his antics. Why?

-Because the referendum would portray Slovenia as an unreliable member of NATO with little regard for international security.
-Because Slovenia will have lost credibility in blocking Croatian EU negotiations, where it does have legitimate concerns
-Because if Croatia and Albania don’t make it into NATO, then the whole NATO enlargement process is stalled at the very moment when it should actually pick up pace and start including the rest of Balkan countries
-Because if NATO does not integrate the Balkan states, war will break out again in 15 years.

EDIT: Talks between Pahor and Vincenc have collapsed, with Vincenc resigning as SSN president, citing health reasons and pressure. The referendum is still on, in line with the decision of party council. This is starting to look like a cat-and-mouse game and I’m beginning to think that someone else is running the show, with SSN acting like stooges.

17 thoughts on “Will Someone Please Shut Ivo Sanader Up? He Is Not Helping…”