According to the exit polls, Danilo Türk won the second round of Slovene presidential elections in a landslide. He received an anstonishing 70 percent of the vote while the winner of the first round Lojze Peterle received 30 percent, faring far worse than in the first round. Turnout was criminally low – just below 50 percent. 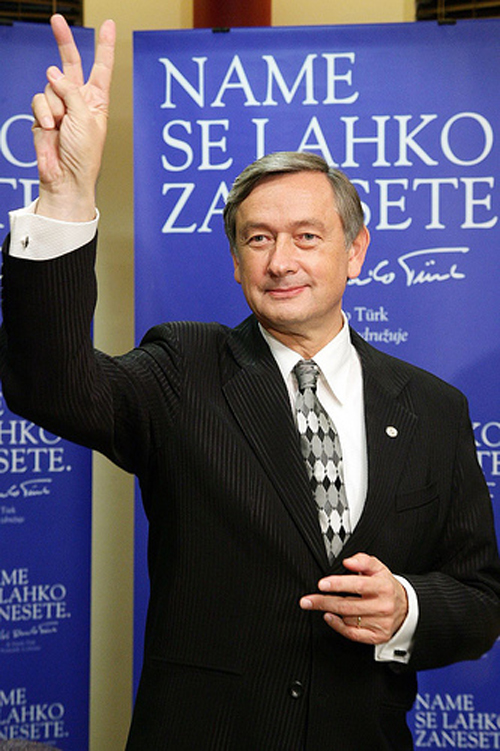 
Pengovsky predicted a much more close result, but it seems that the smear campaign only presuaded the undediced voters to support the victim of the campaign, while it more or less failes to galvanise the political right close to Lojze Peterle.


I will comment on the result posthaste, but for starters – just a few thoughts:

-This is a massive warning sign for Janez Janša. I suspect plenty of votes for Türk were actually protest votes agains the government of Janez Janša and its policies.

-Add to that an article ran by Croatian daily Jutarnji list, clamining that Janša and his war buddies made some 150 million euros in arms dealing immediately after independence and you can see that today is not a good day for Janez Janša

–Smear campaigns do not work in Slovenia

-Türk set a new electoral record, as he got a higer percentage of the vote than the legendary Milan Kučan (althoug Kučan won at a much higher turnout and consequently with a higher number of total votes cast).

Janša failed to support Peterle with more than just a quick tap-on-the-back. This will not go down well with Peterle’s Nova Slovenija, which until now was a very reliable coalition partner. And – perhaps even more importantly: More than one third of voters of Slovenska Ljudska Stranka (another coalition partner) voted for Türk. This of course means that the two parties will become increasingly independent from Janša, which means that good old JJ will have a lot on his hands until next November, when parliamentary elections are to be held. And his grip on things is slipping, it seems. Namely, Slovene Press Agency STA (government owned and controlled) ran the already mentioned article about Janša’s arms dealings. Which means that someone wasn’t paying attention and that heads will probably roll.

At this moment Janša’s response it all that’s misisng. But we’re not holding our breath. He would do well to congratulate the new president-elect, but (knowing Janša) he’s just as liable to question the legitimacy of the elecoral result, due to low turnout.

Incidentally, Janša also suffered defeat on referendum on the privatisation of Triglav insurance company. And also incidentally: the new president will probably be sworn in in mid-December

12 thoughts on “A Landslide Win for Danilo Türk”