I’m a bit undecided on this one, so I’m asking you… Do you think that it’s OK for Delo.si (or any other website) to be masking the ads like genuine articles and attaching the word “advertismen” (oglasno sporočilo) at the bottom? 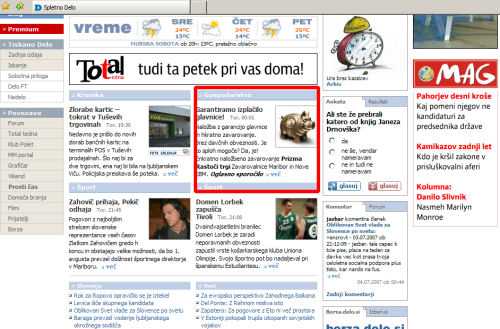 
I know that in print this is called “shadow” or “undercover” adveritising. But is it OK to use it on webpages? I mean, AdSense does basically the same thing and noone is complaining…

30 thoughts on “AdSense for Delo?”