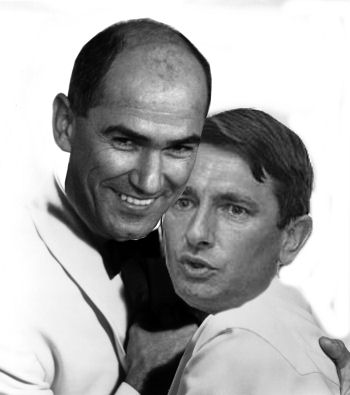 A Slovene version of this


Social Democrats (SD) are about to become the second strongest party in the parliament. As of yesterday it is confirmed that MPs Tone Rop, Darja Lavtižar Bebler, Milan Cvikl and Marko Pavliha (formerly of LDS) will switch allegiances and join the Social Democracts (ther caucus, to be exact).

The move has grave implications as LDS loses a couple of its prominent members – especially Tone Rop (former PM, former president of LDS and until today head of its parliamentary caucus) and Marko Pavliha (sitting vice-president of the parliament). Combined with the fact that Social Democrats have – according to recent polls – taken the top spot in voting preferences for the first time in the entire history of independent Slovenia, the possible coalition between Janša’s SDS and Pahor’s SD in autumn 2008 seems more and more likely.

A bad thing? I’m not sure… It might be fun, though… Pahor has “foreign minister” practically stamped on his forehead. I just hope he doesn’t run for president this autumn. One would hate to see such political talent (this is not a compliment, I’m merely stating a fact) wasted trying to fill the shoes of an unpredictable Janez D.

3 thoughts on “A Begining of a Beautiful Friendship”