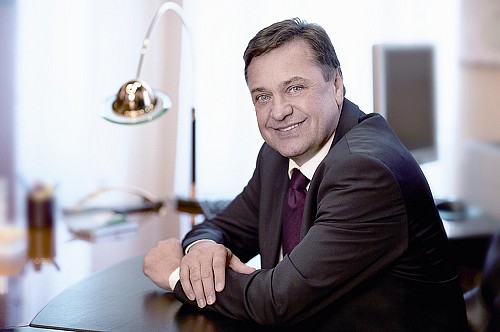 
And thus it begins… Ljubljana City Council convened for its first (and second) extraordinary session yesterday. The substance wasn’t all that much interesting unless you count raising parking fees from 100 SIT per hour to 0.60 € (SIT 144) per hour or if you hold a keen interest in City of Ljubljana filing an appeal with the Constitutional Court to strike down the ammended Law on Financing Municipalities which in effect reduces Ljubljana expected income by some 11 bln SIT (45,6 million €).

The fun part was watching the three-times-Maganer-of-the-year-award-winner Zoran Janković trying to control 45 people whom he can’t fire. He boldly announced that both sessions will take three hours altogehter, but instead the debate raged on for seven hours.

Janković learned a couple of things: Procedure is the basis of democracy. On at least two occassions he blatantly violated Rules of Procedure: If the Rules stipulate that a decree comes into effect a day after being published in the Official Gazzette, that means precisely that and cannot be read any other way. Zoran Janković however rammed through a decision (obviously invalid) that this particural decision – on forming a Committee for Sports – becomes valid upon its confirmation in the Council. From a legal point of view Ljubljana City Council now doesn’t have a Committee on Sports and its members are holding their positions illegally.

Secondly: If Rules allow a broad debate then the Councilors will use every millimeter of this broadness. That’s what democracy is for. The Rules stipulate that a Councilor must stick to the issue on debate, but the nature of a Councilor’s debate is entirely up to him/her. As is the length of the debate. As expected, Miha Jazbinšek took full advantage of this, contributing at least an hour and a half of a seven-hour session.

Thirdly: Never underestimate the power of stupid people in large groups. Janković apparently takes great many things personally. He will have to let certain things go, otherwise he will keep getting involved in a pointless exchange of words, whose only aim is to throw the Mayor off guard. Yesterday several Councilors succeeded in doing that.


Janković will have to learn these things by heart since he has set out to complete his twenty-two projects in four years. Yesterday’s session lasted for seven hours. I wonder how long the budgetary session will take? And even if he manages to ammend the Rules, imposing a time-limit on debate, he will have to brace himself for a fiery hell when he will try to ram a decision through the Council. And I see no way of limiting the sessions to below five-to-six hours. Not with all the projects he has set out to complete.

3 thoughts on “The Game’s Afoot”