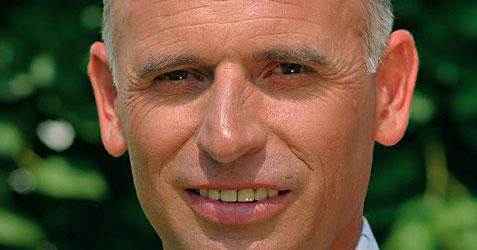 
As of yesterday it became clear that Janez Drobnič, Minister for Labour, Family and Social Affairs is about to lose his job. He was a controversial figure from the very beginning, when Prime Minister Janez Janša was forced to nominate him to the post. Namely, one of the junior coalition parties, Nova Slovenija (New Slovenia or NSi), a deeply conservative and pro-Catholic party made it clear that a) it wants to control the said Ministry and b) that Drobnič should have the job.


Now, this ministry is a curious thing: It is one of the most influential and one the most volitale departements of every administration. It is in charge of more than 25% of Slovenia’s yearly budget. In 2007 that translates as SIT 500 billion (€ 2,2 bilion), making it second only to the Ministry of Finance.


One of the basic functions of the minister and his team is to conduct the so-called “social dialogue” – yearly negotiations between the government, unions and employers. The expected result is an agreement on wages which should follow the rising costs of living (what the unions want), not hamper the growth of the businesess (what the employers want) and have an overall positive effect on the growth of Slovene GDP and the country’s competitivenes while preserving the relatively high level of social security (what the government wants, although the final point is open for debate and depends mainly on the ideological perusasion of any given administration).


Janez Drobnič, the soon to be ex-minister, failed badly on most counts. I will not go into the details of his failed policies, but let me just remind everybody that under his tenure Slovenia faced the first general strike which brought together the ever-split unions, pensioners and students. He failed to conduct any form of social dialogue, but the straw that broke the camel’s back came from the third field of his duties: Family. A litlle more than a week ago he proposed a National Strategy on Raising the Birth Rate which – among other things – proposed charging women for abortion (thus making it accessible only to those who are really well off and who are less likely to have more than one child in the first place) and making pensions depentant on the number of children a person has given birth to (or fathered) until his or her pension.

Especially the former caused an uproar, athough Pengovsky is of opinion that the latter is a much more dangerous proposition.


But as there were and still will be enough posts on the issue, I thought I’d post something about how this all plays out:

PM Janša on Thursday asked Minister Drobnič to resign his post. Upon due consideration Drobnič refused. The move was not a complete surprise but it was a bold move given the power and authority Janez Janša has gained in the past two years. This put Janša in a bit of an akward position: Drobnič called his bluff and Janša was now faced with two options: Either he proposed Drobnič’s dismissal to the parliament or he could’ve waited until January 2007 when a vote of confidence in Drobnič was scheduled due to a move by Slovene National Party.

A quick sidenote for the uninitiated: Slovenia sports a parliamentary democracy with strong elements of “assembly system”: in practice this means that the ministers are approved and dismissed by the parliament rather that by the PM himself. It also somewhat diminishes the powers of the prime minister as his ministers are responsible both to him and to the Parliament. Thus any change in the government has to be approved by the Parliament, making it theoretically possible that the parliament refuses the change proposed by the PM, forcing him to “live” with the unwanted minister.

Anyways: Janša chose the quick and the hard way (proposing the dimissal to the parliament), putting Drobnič’s party NSi into an unfortunate position: If they vote in favour of the dismissal they stabbed their man in the back (a trait not at all appreciated among the party faithful) but if they vote against the proposition they failed the PM and the so-called “coalition agreement”, thus stabbing the PM (and the rest of their coalition partners) in the back.

While it is unlikely that Drobnič will keep his post it is quite possible that NSi will want some sort of retribution for this political ambush (or, to put in terms of Slovene politics – an assisted suicide) and one could not put it past them if they supported the dismissal of Minister for Culture Vasko Simoniti – but that would be a grave breach of coalition agreement and the consequences could be serious – at least with this prime minister. One way to avoid any serious backlash is for Janša to up the stakes even further and make the vote on Drobnič’s dismissal also a vote of confidence in his administration. Thus he would make any renegade deupty from NSi fall back in line and on the other hand he would silence the opposition which would – in a perverce twist of events – by voting for Drobnič’s dismissal also vote in support of Janša’s administration. Usually the opposition (especially the liberal democrats – LDS) would rather gnaw their leg off than do anything that remotely resembles supporting Janša, but they may have no choice.


But then again – Janša might choose not to up the stakes and just weather the storm. In any case it will be fun to watch Drobnič being aborted.


UPDATE: Nsi, Drobnič’s party has decided to support the minister and demanded a top-level meeting between coalition partners – second in less than a week. While this does not mean that party’s deputies will actually vote in favour of the Minister, it is a move in that direction. Janša is up for a bad weekend.

One thought on “The Abortion of Minister Drobnič”